Of course, this cuts both ways; if there’s the potential to make more money via lobbying, ISPs will almost always try. If your ISP has been trying to push through a massive merger or looking to scrap industry regulation so it can charge you for an inferior service, you can bet huge amounts of money has changed hands to expedite the process. END_OF_DOCUMENT_TOKEN_TO_BE_REPLACED 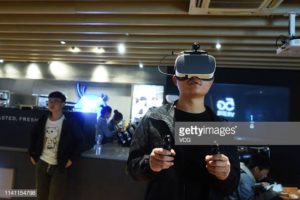 A customer wearing a headset plays a virtual reality (VR) game at a 5G experience hall on April 8, 2019 in Hangzhou, Zhejiang Province of China. Photo: Long Wei/VCG via Getty Images