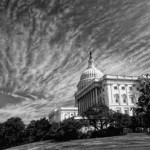 The United States is, and continues to be, a politically stable country. Despite a shutdown of non-essential federal government services that started at midnight on October 1, uniformed military personnel and most federal services, including the postal service, federal courts, and federal prisons, will remain open and functional. The “shut-down” is more accurately described as a temporary defunding of non-essential federal services. A spending bill will pass within the next few weeks, and non-essential government services will return to normal. Nevertheless, the appearance of a shutdown of the United States Government has huge reputation costs both domestically and internationally.

The United States needs legal change, including a Constitutional Amendment if necessary, that provides for automatic funding of government services in the event of a budgetary impasse between the President and Congress. Such automatic funding could take the form of budgetary continuing resolutions at prior levels, or given a threshold deficit level, budgets with non-partisan across-the-board cuts of 1-5%.

In the short-term, the United States’ media has a responsibility to decrease the hype. The President and Congress have a responsibility, at the very least, to pass a clean continuing resolution sufficient for 4-8 weeks of funding. The resolution should not include partisan gains that threaten passage of the bill, but could include across-the-board cuts of 1-5% to address the concerns of both parties with the $16 trillion of public debt.

In the long-term, the American people and their elected representatives need to overcome partisanship and deeply consider the value of having not only a strong and stable federal government, but the appearance of such. Legal changes need to be made to avoid future shutdowns.

In 1980, United States Attorney General Benjamin Civiletti issued a legal opinion based on the Antideficiency Act of 1884. He threatened prosecution of non-essential federal employees who work during a budgetary impasse, and thereafter United States presidents have duly sent non-essential federal employees home during partisan budgetary squabbles. Few other countries in the world have this problem. The signers of the Constitution did not intend the government to shut down given budgetary disagreement within Congress, or disagreement between Congress and the President. Neither was the Antideficiency Act of 1884 intended to shut down the government, and it did not do so until after the 1980 legal opinion. The relatively recent (in US history) shutdowns of government result from this legal fluke that needs to be fixed by either new legislation, an amendment to the Antideficiency Act, or if necessary, a Constitutional Amendment. The new law should simply provide for a clean and automatic continuing resolution to fund government in the case of failure to pass a budget by the deadline. If the public debt is sufficiently high, a 1-5% across-the-board cut in expenditure could be mandated.

Dr. Anders Corr has a Ph.D. in Government from Harvard University, and is the owner of Corr Analytics Inc., a New York-based political risk consultancy.