Sannie Evan Malala is a small farmer in the Philippines.

Philippine President Rodrigo Duterte revealed on Friday, May 19, that Chinese President Xi Jinping had threatened war if the Philippines forced its claims in the South China Sea.  Duterte and Xi had a restricted meeting last May 15 during the Belt and Road Forum in Beijing.  There Duterte expressed his plan to drill oil in the South China Sea, as he claimed.  And he said the response was “we’re friends, we don’t want to quarrel with you, we want to maintain the presence of warm relationship, but if you force the issue, we’ll go to war.”  (I think I’m familiar with this pulling of words.) This is clear lawlessness. 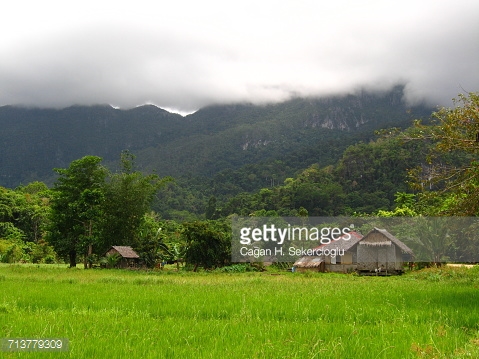 To blatantly threaten war against those who had the legality is lawlessness, what more?  China had just lost the Arbitral case filed by the Philippines and their Nine-Dash Line had been invalidated.  China did not participated in the proceedings.  Many believed that China in no way can defend their claim for it is in all aspect fake.  And to seriously consider war against a nation that has a defense treaty with the United States is somewhat unimaginable, unless one is just bluffing.

The revelation came after President Duterte received criticisms on not laying down the issue before China and the regional community of nations.  More recent of these criticisms was from the Philippine Supreme Court’s Senior Associate Justice Antonio Carpio who objected against non-mentioning of reclamation or militarization of China in the ASEAN Chairman’s Statement. “For the Chinese this is a green light,” Carpio said.

It is preposterous that Xi is threatening war against other world leaders that has the legality.  So let us scrutinize a little where this war scare came from.

As early as 2015 when then Mayor Rodrigo Duterte was campaigning for presidency, he had been talking about war with China and that he can’t go to war with China.   This had been repeated on many instances whenever he was facing a microphone and the topic is touched, until he won the presidency, to the early months, he continue to preach about war and that it could only be a massacre for Filipinos.  Until these days, together with the menace of drugs, this is his gospel.

With this scaring of the nation of the tale of ‘war and massacre’ Duterte likewise is selling his business proposal to share with China the oil in the West Philippine Sea, the portion of the South China Sea along the western coast of the Philippines.

Ever since the presidential election campaign, He declared that if the Chinese will build a train/railway in Mindanao and Luzon, for the six years that he will be president he will shut up.  He will not go to war because it will be a massacre. The world got perplexed by the moves of unpredictable Duterte.  But if we want to have a more precise understanding of Duterte’s plan we should go back to his pronouncements starting when he first joined the Philippine presidential race.  And there we can veer that he will not resist China’s expansionism but will just shut up if china will gift him with infrastructure projects.  He will be content to join exploration deals with China.

This means that for the remaining five years still of Duterte’s presidency the Philippines cannot claim what is legally hers for her leader will not do so.  A coordinated efforts of the allies cannot also expect a reciprocal move and full cooperation on the part of the Philippines.  During this period the Philippines is being evangelized about the wickedness of the West.  The nation is tugged closer to China.  Its economy will become subservient to China’s.  It is more likely that, in the process, the Philippines will become a hub for China’s People’s Liberation Army Navy (PLAN) thereby gaining a more unrestricted access to the world seas.  Thanks to a leader who had admitted and defended his being a socialist.  When one becomes a leader his hatred and love, his principles and ideology, his manners and values, the acquired value from his acquaintances and education they bring that with him to his office.  An autocratic loves an autocratic. Duterte is different from any other Philippine president.

He had revealed his plans even before the election.  His winning of the election does not mean that all his views was supported by the voters.  He got less than forty percent of the votes.  Besides, there are many considerations why one is voting for a particular candidate.  To many Filipinos voting for a politician is choosing a lesser evil, it is a choice between the dragon and the deep blue sea.  Much more fanaticism to a politician is developing in the Philippines and the fanatics’ reverence to their politician blinds them to view the truth comprehensively.

A joint venture with China may be legal at first look.  But a deeper analysis of its implications shows that it is dis-advantageous to the position of the Philippines and the allies.  First, it may to some extent legitimize the rule of Chinese military on the said territory.  Second, there is no assurance that China will continue to recognize the deal in the future and it can easily declare ownership of the rigs it had made.  If they had done this to 80 percent of the South China Sea, why they can’t do it to a few rigs?  Third, this deal will provide China of natural resources that it can use to further boost its economy.  Its economy is the one providing for the building of its strong military and sustaining its operation so that it can facilitate China’s expansionism through seizing of territories of its neighbouring countries.  Thus, joint oil exploration and drilling is indirectly providing support for the military of the Philippines’ enemy.

Instead of providing energy supply for China, why not cooperate and coordinate your defense and the enforcement of the Hague’s court ruling with your ally countries, give them the joint business venture agreement and in the process you share the oil and you also provide for their energy needs.

Duterte’s removal will be beneficial both for the Philippines and other ally countries that someday will be endangered by China’s expansionism.  Though intervention on other countries affair is not proper, the international community can still intervene on serious human-rights violations like killings going-on on other countries.