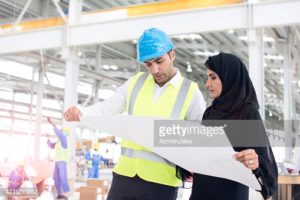 The resulting instability and repression have left the civil-society organizations that normally advocate for human rights fragile and fractured. The United Nations’ Office of the High Commissioner for Human Rights (OHCHR) was chartered to serve as the global watchdog, calling out governments that abrogate the conventions adopted to protect the people. But that work, in which it has engaged intensively since 2002, has yielded only minor victories.

In fact, in its most recent report, international NGO Freedom House found that democracy is facing its most serious crisis in decades, with basic tenets—including guarantees of free and fair elections, the rights of minorities, freedom of the press and the rule of law—under attack around the world. Among the nine countries found to be the “worst of the worst,” however, five are in the MENA region.

Thus, new lines of “attack” must be sought that can buttress the OHCHR’s ongoing efforts, as well as capitalize on governments’ vulnerability—the need to strengthen local economies through increased domestic revenues that are not dependent on foreign aid flows.  This new strategy should focus on pushing businesses to include a focus on human rights along with profits.

For over half a century, economic conditions in the MENA region have continued to improve, despite periods of intense turmoil. Although the private sector remains dominated by family-owned or closely-held corporations, it accounts for more than 40% of the region’s gross domestic product. The International Finance Corporation estimates that small to medium enterprises (SMEs)—young companies and start-ups—create four of every five new, formal jobs in emerging markets. In the MENA region, SMEs represent 80% to 90% of all businesses in the formal sector.

In 2011, the United Nations Human Rights Council (UNHRC) established guidelines to prevent, address and remedy abuses committed in business operations. Five countries in the MENA region endorsed or co-sponsored the resolution: Bahrain, Qatar, Saudi Arabia, Jordan and Turkey. The resulting “Guiding Principles on Business and Human Rights” (UNGPs) detail how governments and companies should implement the framework. One of the guidelines’ three pillars is the responsibility of the private sector to respect human rights. Throughout their value chain, say the principles, businesses must respect human rights and behave with due diligence to prevent infringements and address adverse effects.

While the UNGPs do not create new legal obligations for states, they do refer to and derive from nations’ existing requirements under international law. A focus on the UNGPs as practiced by businesses on the ground could contribute to and overlap with the elevation of human rights in the region overall. Last October, for example, more than 1,400 employees of Saudi Arabia’s Azmeel Contracting Corp. organized a protest after their salaries were withheld. In turn, Azmeel locked the employees out and demanded that Saudi security forces disperse the workers and arrest them. Like many other countries in the region, Saudi Arabia prohibits public demonstrations, severely limiting the right to negotiate and organize. However, due in part to the intervention of the Philippines Ministry of Labor, Azmeel was forced to pay the workers their salaries and pay for their airfare home. The Saudi Ministry of Labor witnessed the agreement and pledged to uphold it, supporting a growing belief that pressing businesses to respect and facilitate freedom of expression peaceful assembly can positively contribute—directly or indirectly—to human rights enforced at the overall level of the state.

Another manifestation of this symbiotic relationship is the internet and the service providers that support it. While internet and especially mobile phone use has been growing rapidly in all MENA countries, most state authorities fear their social and political communication potential. As a result, governments in the MENA region engage in censorship and filtering practices to varying degrees. This puts ISPs in the crosshairs.

A case in point: Of the 66 mobile operators in the MENA region, only 14 divulge their terms of service and just seven make their privacy policies public. When they are published, they often are not available in the native language of most users or written at a level appropriate for clients’ education. It’s not surprising, then, that repressive states often seek to harness ISPs for their campaigns to surveil citizens, control their speech, and restrict their ability to organize and network. For example, Orange Company, a major ISP in Jordan, is reportedly one of a number of companies that has helped the government crack down on free speech. As the main internet provider in the country, it allegedly helped censor freedom of expression by complying with a temporary government shut-down of nearly 300 online news websites. As the International Budget Partnership has found, transparency goes hand in hand with democracy.

A significant number of basic human rights violations, such as racism, discrimination, and restricted freedom of expression and peaceful assembly, could be proactively addressed if businesses shouldered the responsibility of upholding and protecting these civil rights, even from crimes committed by their own governments. Businesses are capable in many cases of legally resisting orders that violate international covenants and governments’ codified commitments. but most have not only failed to do so, but also contributed to governments’ repressive practices.

Businesses that choose to comply with guidelines governing equity and justice—for instance, those protecting equal pay for men and women—would, in the long term, help establish positive norms. Their lead would eventually become standards and spread across society. In contrast, discriminatory policies will stay in place as long as businesses turn a blind eye to their clients’ and customers’ rights and needs.

The role of the private sector is now of the utmost importance due to the region’s abysmal record on human rights to date: MENA governments have proven to be resistant to embracing international human rights standards, and the so-called international community has failed to hold them to account. It is time to try a different approach and call on businesses to implement the UN Guiding Principles on Business and Human Rights, even when their governments have failed to sign or ratify international treaties.

It is said that “money makes the world go ‘round.” Let’s turn that into a power for good.

Dr. Ramy Abdu is an academic, financial expert and human rights advocate. He is the Founder and Chairman of the Euro-Mediterranean Human Rights Monitor.