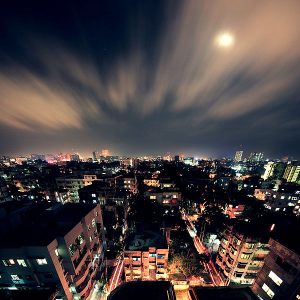 In recent years, Bangladesh has exhibited healthy growth rates and emerged as an engine of South Asian growth. In 2019 for instance, the South Asian nation grew at an impressive 8.4%. The country witnessed a 9% rise in per capita income for the year 2020-2021 (its per capita income was estimated at 2,227 USD, and it surpassed India’s GDP per capita during 2020-2021 which was 1,947 USD).

The World Bank has revised Bangladesh’s GDP growth for 2020-2021, as a result of higher than expected remittance flows (while earlier it had predicted that the South Asian nation’s GDP would grow by 1.7% it has revised estimates to 3.6%). The International Monetary Fund’s forecasts for the South Asian nation’s economic growth are higher. “According to IMF, [the] global economy will grow by 6.0% in real term[s] in 2021 and 4.4% in 2022. Whereas, their forecast for Bangladesh is 5.0% in 2021 and 7.5% in 2022,” said the minister.

Bangladesh’s economic progress has been attributed to a holistic, economic vision with a strong thrust on social service indicators and policies that focus on strengthening the country’s manufacturing sector.

In addition to its economic rise, Bangladesh is also keen to enhance its overall image in South Asia.

While in terms of magnitude, Bangladesh’s assistance to Sri Lanka may not be much, it sends out an unequivocal message both within the region, and outside of South Asia, that Bangladesh is no longer a distant second to India  (Bangladesh’s currency reserve at the end of April was 456 Billion USD). Similarly, Dhaka’s support to India during the Covid-19 pandemic is extremely important in terms of symbolism.

Bangladesh seeking to strike a balance between China and India

Bangladesh’s economic rise has also given the country more foreign policy options, where it need not kowtow to any country including China.  One strong reiteration of this point is Bangladesh’s recent response to the remarks made by a Chinese diplomat. The Chinese Ambassador to Bangladesh, Li Jiming in a virtual address to the members of the Diplomatic Correspondents Association, Bangladesh (DACB) in May 2021 said that the China-Bangladesh relationship would be adversely impacted in case Bangladesh joined the Quad . Said the Chinese Diplomat,  “Obviously it will not be a good idea for Bangladesh to participate in this small club of four because it will substantially damage our bilateral relationship.Foreign Minister AK Abdul Momen responded strongly to the Chinese diplomat’s remarks, saying,  “as a sovereign country, Bangladesh will determine the course of its foreign policy in the interest of its people.”

There is absolutely no doubt, that Bangladesh’s economic relations with China have strengthened (both countries’ aim to push bilateral trade to 18 Billion by 2021). In 2016, both countries also upgraded their bilateral relationship into a strategic one when a deal was signed between Bangladesh Prime Minister Sheikh Hasina and China’s President, Xi Jinping. China is also investing heavily in Bangladesh’s infrastructure sector, and has emerged as one of the   country’s leading development partners. Bangladesh is important for China, not just from an economic stand point, but is also an  important component of the Belt and Road Initiative (BRI) and robust economic ties with Bangladesh help in enhancing its overall strategic clout in South Asia.

At the same time, Bangladesh’s relations with India have also witnessed an upswing. Bangladesh is India’s largest trading partner in South Asia, in 2019-2020 bilateral trade between both countries was estimated at 9.45 Billion USD. Apart from trade, efforts have also been made to enhance connectivity – rail, maritime and road.

Bangladesh’s importance can also be gauged from the fact,that the US has also sought to include Bangladesh in its Indo Pacific Vision     .

Including Bangladesh in the Indo-Pacific vision was discussed during US Secretary of State Anthony Blinken’s conversation with the Bangladeshi Foreign Minister, AK Abdul Momen in February 2021.

“Good to speak with Foreign Minister AK Abdul Momen and congratulate him on Bangladesh’s 50th anniversary of independence. We affirmed the strong, enduring U.S. -Bangladesh relationship and look forward to working together to address challenges in South Asia and the Indo-Pacific,” he said.

Beijing has not been very happy with the idea of Bangladesh joining the Quad, and emerging as an important player within the Indo-Pacific. In recent years, the US has also warned South Asian countries against being excessively dependent upon China.

While Dhaka can not ignore China, it would like to increase its strategic relevance in the broader Indo-Pacific region.

Recent developments clearly reiterate a few points; First, that the economic landscape of South Asia is witnessing a significant shift with Dhaka emerging as an important economic player not only in the context of South Asia, but the broader Asian region. Second, once countries progress economically, like Bangladesh has, they can navigate geo-political complexities far better and can not be compelled into making binary choices. New Delhi thus has a strong stake in the economic progress of its neighbors in the South Asian region, and this should not be based on any conditionalities, or merely in response to China’s outreach to countries in the region.

In conclusion, some of the recent developments discussed earlier in the article reiterate how Bangladesh has proven many strategic commentators wrong.  Other countries in the neighborhood, would do well to emulate Bangladesh’s focus on economic growth, as this will ensure that no country can meddle in their domestic affairs and dictate their foreign policy.

Tridivesh Singh Maini is a New Delhi based Policy Analyst associated with OP Jindal Global University, Sonipat, India. His research interests include; The China-Pakistan-India triangle, the Belt and Road Initiative (BRI) and the changing nature of Indian federalism. He is a former SAV Visiting Fellow (Winter 2016) with the Stimson Centre, Washington DC and was an Asia Society India-Pakistan Regional Young Leaders Initiative (IPRYLI) Fellow (2013-14).