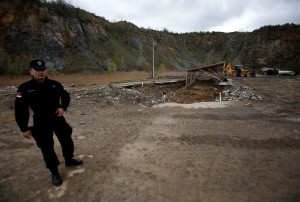 With Serbia seeking to join the European Union (EU), as did Croatia in July 2013, European officials have advanced a pre-condition to be resolution of major disputes with Kosovo. In April 2014, Serbia and Kosovo celebrate the first anniversary of an agreement meant to normalize relations. Positive developments include the March 2014 election of a pro-EU majority in Serbia’s parliament, local elections in North Kosovo held in a generally peaceful manner, as well as progress on technical issues such as border control and police transfer. Nevertheless, the political context for 2014 could be derailed by upcoming general elections in Kosovo, the creation of a Kosovo Army, and establishment of a war crimes court for Kosovo’s ethnic Albanian rebels. More particularly, all these factors could impact the creation of a Community of Serb Municipalities, the keystone of the Serbia-Kosovo Agreement. END_OF_DOCUMENT_TOKEN_TO_BE_REPLACED