Mexico is the U.S.’s third largest trading partner[1] and second largest export destination.[2]    Trade representatives from the U.S., Canada, and Mexico said that they made progress in the second round of NAFTA renegotiations (September 1-5 in Mexico City),[3] with a third round scheduled for September 23-27 in Ottawa, Canada.[4]  President Trump’s August 22nd statement at a rally in Phoenix that the US would “probably end up terminating NAFTA at some point”[5] looms over this progress.  Instead, the administration should acknowledge that withdrawing from NAFTA is untenable. 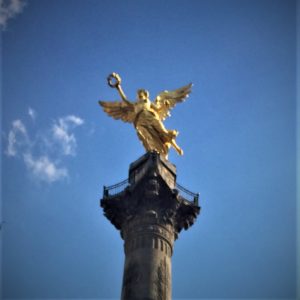 Since the U.S.-Mexico trade balance shifted from a $1.7bn surplus in 1993 to a $54bn deficit in 2014,[6] one may also conclude that NAFTA is unfair to the U.S.  This would be misguided.  Since the U.S. purchases approximately 80% of Mexico’s exports[7] and sends roughly $2 billion per month in remittances to Mexico, [8] one may conclude that the U.S. can dictate the terms of a renegotiation.  This underestimates the harm of withdrawing from NAFTA.

Macroeconomic policy, rather than trade agreements, drives trade deficits.  If a country consumes more than it produces, as the U.S. does, it needs foreign capital to finance its consumption.  The inflow of foreign capital, or capital account surplus, goes in tandem with a trade deficit.  All else being equal, cutting taxes and increasing infrastructure spending would widen the trade deficit.

Second, automation destroys five times more jobs than trade.  The U.S. lost 5 million factory jobs since 2000[9]–88% to automation and other factors, and the balance to trade.[10]  The U.S. manufacturing real output increased 60% since 1993 (pre-NAFTA) with 26% fewer people.[11]  Exiting free trade agreements will not halt automation.  Other policy tools, such a worker retraining or universal basic income, could be considered instead.

Withdrawing from NAFTA would harm many U.S. industries.  Mexico is the main export market for U.S. soybeans, wheat, corn, sorghum, fresh and chilled beef, and cotton.[15]  With 11 free trade agreements involving 46 countries[16]  (vs. the U.S.’s 20[17]), Mexico is positioned at least from a legal perspective to pivot toward other trading partners.

NAFTA is also a national security agreement.[18]  President George H. W. Bush’s  National Security Advisor Brent Scowcroft was involved NAFTA negotiations for a reason.[19]  Mexico lost half of its territory to the U.S., and anti-Americanism has been Mexico’s historical norm.  NAFTA has played a role in improving ties between the US and Mexico.[20]  NAFTA created a more stable economy and more predictable economic environment in Mexico, facilitating political stability.  Particularly given the U.S. opioid epidemic and the fact that Mexican transnational criminal organizations are the principal U.S. suppliers of cocaine, heroin, and marijuana,[21] a strong relationship with Mexico is critical.

Mexico is divided.  Anti-Mexican rhetoric in the U.S. fuels the rise of populist leftist Presidential candidate Andrés Manuel López Obrador (AMLO) for the Mexican Presidential elections in July 2018.  AMLO has been likened to Hugo Chavez, and his campaign promises include cancelling the $13bn airport already being constructed in Mexico City.[22]  An AMLO administration would be a challenging partner for the U.S.

NAFTA has a ratchet obligations that ensure that if a NAFTA signatory liberalizes a sector, it cannot undo the liberalization without violating NAFTA.[23]  Examples of liberalization include promoting private ownership and fair competition.  If the U.S. withdraws from NAFTA, American companies will lose that protection.

In addition to their 1933-mile border, the U.S. and Mexico share economic, security, and cultural interests.  Laredo, Texas alone has 14,000 commercial truck border crossings per day.[24]  10% of the U.S. population has family ties to Mexico.[25]  The U.S. should engage in a respectful and constructive dialogue with its southern neighbor that recognizes its many mutual dependencies.

23 years after passing NAFTA, opportunities to modernize it include energy, intellectual property, e-commerce, telecommunications, and the digital economy.  It might be helpful to incorporate the state-owned enterprise, small and medium enterprise , and e-commerce chapters from the Transpacific Partnership (TPP) into a revised NAFTA.[26]  In addition, local origin rules should perhaps increase the minimum percentage of inputs from North America required for final products to qualify for NAFTA benefits. [27]

Bhakti Mirchandani is a Senior Vice President at an alternative investment management firm.  Most recently, Bhakti served as Global Relationship Director at Barclays for multilaterals, non-profits, and government agencies focused on international development.  Previously, Bhakti was a Vice President at Unitus Capital, a firm that seeks to open global capital markets for the poor, and worked in corporate strategy and investment management at Barclays Capital/Lehman Brothers, where she was also the firm’s microfinance specialist.  Bhakti co-founded the Global Microentrepreneurship Awards (later Citi Microentrepreneurship Awards) and was a consultant to Women’s World Banking.  Bhakti holds a BA, MBA, and MPA  from Harvard.  Bhakti is a Term Member at the Council on Foreign Relations and an advisor to multiple social enterprises and impact investors.