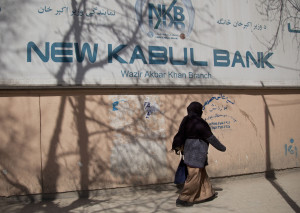 Consideration must be given to contingencies in between these two ends of the spectrum that may call for foreign internal defense or limited counterinsurgency missions.  In cases where the U.S. military has overthrown an existing government or is ordered to intervene in a failed state—two scenarios that the U.S. should engage in only with the utmost reluctance and with the maximum application of resources once decided—long-term extra-national legal authority beyond the transition to nominal sovereignty is critical.

Host government officials and geopolitical rivals would no doubt decry such measures as a reversion to post-WWI League of Nations Mandate-era imperialism.  The irresponsible behavior of corrupt host government officials, however, has contributed to the loss or threatened loss of trillions of U.S. taxpayer dollars, thousands of American lives, and a resurgence of Islamist terrorism in Iraq and Afghanistan.  As a result, the U.S. now faces a greater counter-terrorism challenge than before 9/11.

One of course cannot analyze the causes of these problems without reviewing the disastrous policies and vacillations of Bush administration as well as Obama administration officials (categorical de-Baathification, dismissal of the Iraqi military, strategic ambiguity, insufficient troop numbers, etc.), but much of the fault certainly also lies with Iraqi and Afghan officials.

The United States’ mistakes and shortcomings in Iraq and Afghanistan—the consequences of which will likely be felt throughout the region and beyond for another decade or more to come— should serve as a strong hindrance to future endeavors of a similar scale by overly ambitious and idealistic American presidents.  Yet, the future is full of uncertainties and the specter of military conflict with Iran is on the horizon.  One can only hope that the next administration will be sufficiently sobered by the United States’ hard lessons over the last 15 years to think twice before attempting to forcibly transform that country.

[1] For example: Vanda Felbab-Brown, Aspiration and Ambivalence: Strategies and Realities of Counterinsurgency and State-Building in Afghanistan (Brookings Institution Press, 2012).