The potential for President Trump’s Supreme Court nominee Brett Kavanaugh to weaken investor, employee, and consumer protections[1] and reverse Roe v. Wade[2] is widely covered.  More critical for the $8.7 trillion US assets that are invested according to sustainable, responsible, and impact (all three together and inclusive of ESG investing, “SRI”) strategies[3] is Brett Kavanaugh’s opposition to a key driver of SRI momentum: administrative agency rulemaking.

The Obama administration created an e 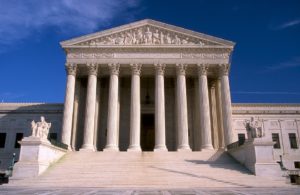 In contrast to these important, but relatively small-scale initiatives, the two administrative agency rules affected over $20 trillion in private capital.  First, IRS Notice 2015-62 reduced the risk of excise taxes on private foundation investments with somewhat lower rates of return that further their charitable purposes. [6]  US private foundation assets were $830 billion.  Second, two Department of Labor notices in 2015 and 2016 clarified that pensions may consider environmental, social, and governance (ESG) factors and economically targeted investments.  US pension assets were $25 trillion,[7] although the roughly $4 trillion in public pension assets[8] were not affected by these notices.

While the IRS notice represented a step forward for impact investing, the Department of Labor’s approach to ESG investing has vacillated along party lines as administrations have turned over since Bill Clinton’s presidency.[9]  In fact, the Trump administration’s Department of Labor has already issued a cautionary notice on too readily treating ESG factors as economically relevant in investment decisions and on the importance of weighing the pros and cons before incurring shareholder engagement expenses.[10]  By way of background, shareholder engagement is the strategic dialogue between companies and investors.

Implications of Opposing the Chevron Deference

Given the relative importance of administrative agency rule changes to SRI investing, the SRI investing sector should be concerned by President Trump’s nomination of Brett Kavanaugh.  Like Neil Gorsuch, Brett Kavanaugh opposes the Chevron deference, the doctrine that requires judges to defer to administrative agencies’ interpretations of federal law where the law is ambiguous and the agency’s position is reasonable.[11]  Limiting the ability of the IRS, the Department of Labor, and other administrative agencies to write enabling rules for sustainable investing could thwart the sector’s momentum.  The 16-year average tenure[12] of a Supreme Court justice means that the current administrative agency positions could survive electing a Democrat to the White House in 2020 or 2024.

The civil rights movement was naturally a far more fundamental evolution of our national consciousness than the development of SRI investing.  Nevertheless, I will use an imperfect, but instructive, historical analogy.

Under President Lyndon Johnson, federal enforcement of desegregation laws was robust.  Meanwhile, Supreme Court Chief Justice Earl Warren advanced civil rights: the landmark case of his tenure was Brown v. Board of Education, which deemed segregation of schools unconstitutional.[13]  President Nixon’s inauguration in 1969 ended robust enforcement of civil rights laws and began an ideological shift in the Supreme Court due to four appointees:  Warren Burger, Harry Blackman, Lewis Powell, and William  Rehnquist. [14]  In a 5-4 vote, with the four Nixon appointees voting with the majority, Milliken v. Bradley in 1974 was the first of a succession of Supreme Court rulings that reversed school desegregation.[15]  Given their long tenures, President Nixon’s four justices cast a long shadow over race relations in the US.

Since President Trump’s inauguration last year, the Department of Labor has already issued a cautionary note on pension ESG investing (as discussed above), and Brett Kavanaugh’s nomination is President Trump’s second opportunity to affect the composition of the Court.  With Justice Ginsburg and Justice Breyer aged 85 and 79, respectively, and an average retirement age of 80 for Supreme Court justices,[16] President Trump may have a similar impact on the Supreme Court as President Nixon and cast a similar shadow over the trajectory of SRI investing.

Multiple life vests for SRI investing remain.  Two are noteworthy: the stability of the networked world and the momentum of the Trump bump.[17]  First, while numerous Trump administration policies have generated headwinds for SRI investing, this networked age enables many state and local government, nonprofit, and private sector actors to continue to grow SRI investing regardless of the federal government.[18]  Second, to fight the assumption that a Republican-led Washington would write policies that are adverse to ESG investing,[19] net inflows into ESG mutual funds and exchange-traded funds (ETFs) at $2.5 billion during the quarter after President Trump’s election doubled expectations.[20]  Furthermore, monthly inflows into the 275 ESG mutual funds and ETFs have averaged over $700mn since the 2016 election—triple the rate of the previous year.[21]  As Brett Kavanaugh lobbies Senators ahead of his confirmation vote,[22] time will tell the relative strength of the judiciary headwinds versus the SRI investing life vests for the trajectory of the sector.

Bhakti Mirchandani has spent 18 years engaging with investors and social enterprises on social finance.  She co-founded the Global Microentrepreneurship Awards (later Citi Microentrepreneurship Awards), sourced and marketed the first microfinance CLO without a public investor subsidy while at Lehman Brothers, led the first microinsurance investment in India–LeapFrog Investments’ investment in Shriram–while at impact investment bank Unitus Capital, and built the North America coverage practice for global development organizations while at Barclays.  Bhakti holds a BA, MBA, and MPA  from Harvard and teaches an impact finance course at Columbia.  Bhakti is a Term Member at the Council on Foreign Relations and an advisor to multiple social enterprises and impact investors.

[18] Anne-Marie Slaughter.  The Chessboard and the Web: Strategies of Connection in a Networked World.  Yale University Press.  New Haven, CT.  2017.