The aim of this research is to critically examine the refocusing of Chinese aid, economic involvement and diplomatic attentions towards the small South Pacific island nation of Tonga.  The research seeks a deeper understanding of China’s behaviour towards Tonga and promotes a reevaluation of how the US and its allies should respond to China’s strategic calculus. China’s actions in Tonga, although appearing benign, represent a cloaked threat to Tonga’s independence, democracy and U.S. regional aspirations.  Furthermore, owing to the comparative strength of the Chinese economic and diplomatic approach, a competitive soft-power response from the US may prove inadequate. In consequence, it may be more advantageous for the US to pursue a heightened hard-power response to ameliorate any potential threat. Through undertaking an analysis of China’s fundamental motivations for the soft-power Tongan pivot and an exploration of the modus operandi employed by China to affect its strategic goals, the project will endeavour to provide a clear answer to the following research question: “Is this Chinese pivot towards Tonga merely an example of cheque-book economic diplomacy, or does it entail a cloaked malignant threat to the security and autonomy of the US and its allies?” Utilising a hybrid adaption of the Intelligence Preparation of the Operational Environment (IPOE) analytic method[1], this project will apply a structured framework in order to probe and reconceptualise the Chinese pivot towards Tonga in an effort to unravel the underlying motivations of China. In line with this approach, the project will firstly scrutinize the situational variables resident in each nation that comprises the terrain of the issue. The significant and unique political, military, economic, social, infrastructure and informational system factors (PMESII) that contribute to the rapid intensification of China/Tongan relations will be explored. From this point, the focus will be turned towards an analysis of the usefulness of the two polar theoretical explanations (liberal and realist) for the current Chinese Course of Action (COA) in Tonga. Lastly, a detailed investigation of the two key Centres of Gravity (COG’s) that underpin and impact upon the China/Tonga relationship will ensue, exploring the cultivation of pro-China sentiment in Tonga and the degree of the US pivot to the South Pacific. The project will draw from a diverse variety of academic publications, expert opinion pieces and news media sources. The analysis reveals that the Chinese strategic pivot into the nation of Tonga superficially appeared to be motivated by benign economic opportunism. However, engagement with Tonga was found to hold a minimal benefit to China in terms of resource supply or economic gain. The major strategic benefits that were found to accrue to China were through the potential securing of Tonga for the establishment of a forward operating military base in the South Pacific. Consequently, China’s pivot may be motivated by concealed Chinese hegemonic designs (the realist perspective) rather than by benign economic opportunism (the liberal perspective). This motivation was found to pose a significant security threat to the US-lead regional order.  Two significant COG’s are bolstering the effectiveness of China’s Tongan pivot. Firstly, China has successfully executed a “hearts and minds” program to facilitate the broad interweaving of pro-China sentiment into the psyche of Tongan society. Secondly, the absence of US attention towards soft-power regional engagement with Tonga has aided China’s pivot. In terms of an effective US response to China’s strategy in Tonga, a revised US soft-power push was assessed as constituting an ineffective strategy due to the resilient China-Tonga relationship that now exists and because of China’s deep aid pockets. Consequently, the evidence points towards the need for a revitalised US hard-power military presence in the region as the most viable option for dampening China’s future militaristic ambitions towards Tonga. 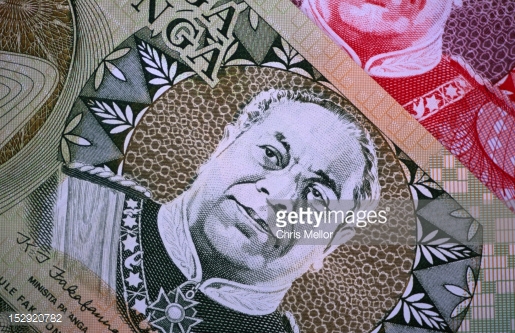