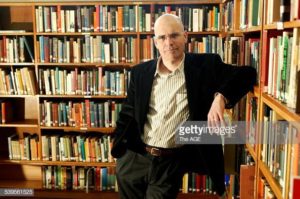 Journal of Political Risk, Vol. 7, No. 12, December 2018
Below is a short interview with Clive Hamilton over email with Anders Corr, October 8-9, 2018.  It covers Hamilton’s views on engagement with China, and the effects of Hamilton’s new book, Silent Invasion: China’s Influence in Australia, in Australia and Japan.
JPR: What has the reaction to your book been so far? Will Australia take the tough actions necessary to effectively decrease Chinese influence and intellectual property theft there?
Hamilton: My book has played a role in raising public awareness, which in turn has increased pressure on the Australian government to take protective measures. A range of legislated and administrative measures have been put in place, with the new foreign interference law at their centre. My book was an immediate best-seller, reflecting the hunger of many Australians for an explanation of the new situation.
JPR: What are the benefits of engagement? Presumably the West obtains information from Chinese nationals overseas just as the Chinese obtain information that they send back to the People’s Republic of China (PRC)? Who gets the better end of this deal? Sub-questions would address two-way intelligence and two-way scientific information.
Hamilton: Australia has of course benefited substantially from its economic engagement with the PRC. But for too long we have engaged uncritically. That is now changing.  The [Chinese Communist Party] CCP has an entire apparatus devoted to using the diaspora to collect useful information of all kinds — business, political, security and intelligence. Western nations, with their separation of state from civil society, cannot match it.
JPR: Do you have anything to say that specifically address our Japanese audience?
Hamilton: To my surprise, Silent Invasion struck a chord in Japan when it was published, going to Number 1 on Amazon Japan (English-language titles). I have been interviewed by the major Japanese newspapers and the book is now being translated into Japanese. Australia and Japan can learn a great deal from each other about how best to protect ourselves from CCP influence and interference activities.
JPR: You say Western states cannot match the CCP overseas diaspora because of our separation of state from civil society. Does this mean that the CCP will eventually out-compete the West? Will the West be able to fight back effectively?
Hamilton: The West has a range of ways to resist CCP interference , some of which have been implemented in Australia. It’s early days but I’m optimistic. The most powerful “magic weapon” is a populace that does not react well to attempts by an authoritarian foreign power to exert influence and control our politicians. The diaspora is very diverse in its political viewpoints, with many strongly opposed to CCP interference. For those citizens inclined to do Beijing’s bidding, we must raise the costs of their continued allegiance to a foreign government.
JPR Status: Interview.