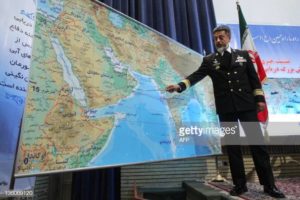 The uproar about his fate is difficult to understand. He is not an American citizen, though he moved to Virginia last year and has been writing columns for The Washington Post. Whatever happened to him did not occur on American soil. As a political activist, Khashoggi played a part in the broader affairs that govern the relations between and within states. And political violence is common in the Middle East. It is these conditions that must provide the perspective needed if the Trump administration is to avoid being stampeded into actions that would be harmful to our own security or weaken allies in the face of common enemies.

Jamal Khashoggi may have taken refuge in the United States on the basis of easy living, but he was not pro-American. Indeed, he opposed the intrusion of Western influence in the Middle East. In the 1970s he joined the radical Muslim Brotherhood. Ben Hubbard and David D. Kirkpatrick wrote in the New York Times on Oct. 14, “Although he later stopped attending meetings of the Brotherhood, he remained conversant in its conservative, Islamist and often anti-Western rhetoric, which he could deploy or hide depending on whom he was seeking to befriend.” In one of his recent Washington Post columns, Khashoggi again praised the Muslim Brotherhood.

It must be remembered that Khashoggi first came to prominence for a series of interviews he did with Osama bin Laden. He spun this as an effort to persuade the terrorist leader to give up violence. But this was at best a debate over tactics, not over objectives. Both men wanted to overthrow the Saudi government.

In recent years, Khashoggi tried to strike the pose of a liberal preaching democracy and free speech, particularly in his last column published after his disappearance. Yet, he did so in the context of the 2011 “Arab Spring.” It should be remembered what happened during that tumult. Egyptian President Hosni Mubarak, an ally who had kept the peace with Israel while defeating terrorists like Ayman al-Zawahiri (who took over Al-Qaeda after Osama Bib Laden’s death), was overthrown and a candidate of the Muslim Brotherhood was elected to replace him. Had the election stood (Brotherhood rule proved so intolerable the Egyptian people backed a military coup in 2013) it would have been a strategic disaster for the U.S. and the entire region, second only to the overthrow of the Shah of Iran in 1979. The Shah’s replacements were anti-Western theocrats who have waged perpetual war and threatened a nuclear holocaust. Khashoggi’s record indicates he would like to see “democracy” work this way in Saudi Arabia. He had recently created the organization, Democracy for the Arab World Now, which would have used liberal methods to promote illiberal ends.

Khashoggi chose Turkey to make his visit to a Saudi consulate because of his close ties to the increasingly authoritarian President Recep Tayyip Erdogan, who leads a party in the mold of the Muslim Brotherhood. Erdogan’s relations with the West have become strained in part because of the many murders and imprisonments of journalists during his rule. Today, there are more journalists behind bars in Turkey than in any other country, including even Communist China which comes in second. Khashoggi asked Yasin Aktay, a leading member of Erdogan’s Justice and Development party, to call his fiancée if he did not return from the consulate. And it is Ankara that purports to have recorded Khashoggi’s murder on tape, and is fueling the demand for sanctions against Riyadh. But these claims must be looked at against the larger backdrop of Turkish-Saudi rivalry in the Muslim world. Turkey has close ties to Qatar, a country which the Saudi Crown Prince has condemned for funding extremists and terrorists (including the Muslim Brotherhood).

Besides Khashoggi’s dangerous alignments in the Middle East, others have jumped on his death to advance their own agendas which would damage the U.S. The Chinese Communist newspaper Global Times, hardly a media of free speech, ran an editorial October 16 on how the Khassoggi case is a test of America’s commitment to human rights, alleging a double standard in U.S. policy. Washington actually treats allies and adversaries differently! What insight! Beijing is obviously happy more attention is being paid to the Khashoggi incident than to its oppression on a genocidal scale against Tibetans and Uyghurs (Turkic Muslims). China is also aligned with Iran and thus would like to see discord in the U.S.-Saudi alliance.

Back in the U.S., Sen. Rand Paul (R-KY) is also promoting a policy that would favor Iran. On October 11, he introduced legislation to cut off U.S. military aid to Saudi Arabia until Khashoggi is found “alive and free.” This is not the first time Sen. Paul has pushed for a break with Riyadh. In June 2017 Paul presented a resolution to block the sale of $10 billion in arms to Saudi Arabia. Paul blamed Riyadh for the war in Yemen which was actually started by Iranian proxies (in the Shiite Houthi clan) who tried to seize control of the capital. In his floor speech, Sen. Paul even claimed that Iran’s missile program is merely a defensive move to ward off a possible U.S. or Saudi attack. His resolution was voted down, but the margin was closer than it should have been.

Sen. Paul is a libertarian and an isolationist like his father, Ron Paul. Rep. Paul (R-TX) was a member of the House Foreign Affairs Committee when I was serving on the committee staff. I remember watching with dismay during his defense of Iran’s “right” to a nuclear program and his criticism of U.S. sanctions as interference in Tehran’s legitimate business. Like father, like son, Sen. Paul will favor actions that help Iran because he wants peace with Tehran and a general withdrawal of the U.S. from the region.

Khashoggi also called for Saudi Arabia to withdraw from the Yemen civil war. And while he disingenuously called for an Iranian withdrawal as well, if the Saudis cut and run, Iran will win the war. Any look at the map reveals how perilous such an outcome would be. Yemen is on the southern border of Saudi Arabia and the outlet of the Red Sea trade route with the Suez Canal. The Houthi rebels have already been firing missiles into Saudi Arabia. While President Trump has been rejecting any arms boycott, he has done so on the basis that weapon sales support jobs in the defense industry. While true, the real reason the U.S. should support the Saudis is that they are the frontline state opposing Iranian aggression.

The emotional “outrage” against Riyadh fueled by lurid stories in the press is irrational and not a sound basis for the conduct of American foreign policy. The duty of Washington is to protect our national security. The U.S.-Saudi alliance is vital. It is the basis for the larger, mutually beneficial relationship between America and the vast Sunni Muslim community which has also miraculously drawn Israel and the Arabs into alignment. It must not be upset by the death of a man who was an opponent of these relationships. President Trump and his advisers know this, but need public support to resist media pressure which has subverted even many Republicans like Senators Lindsay Graham and Marco Rubio who, as putative foreign policy experts, should know better. President Trump must hold to American interests first.