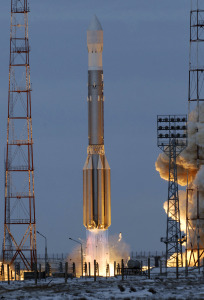 Vladimir Putin’s most recent trip to Latin America is a sign of an ongoing Russian push to expand its influence and diversify foreign allies. In mid-July, the Russian president visited Cuba, Nicaragua, Argentina and ended his trip in Brazil, where the BRICS countries gathered for their 6th annual summit.

On energy, Putin and his team showed real determination to strengthen Russia’s position in the region. In Argentina, Rosatom, a Russian state-owned nuclear agency, submitted a proposal to construct the third unit for the Atucha nuclear plant. [1],[2]  In Cuba, Russian state-oil companies were the most active of the delegation. Zarubezhneft  presented plans to develop oil fields west of Boca de Jaruca, and Rosneft will search for offshore deepwater oil.[3] Additionally, the Russian energy holding company, Inter RAO, will build four energy blocks for Maximo Gomez, an electrical plant in East Havana.[4]

The push to install the navigation GLONASS system in each visited country was clear, as Russia is determined to become independent from the United States’s GPS network. For that reason, Putin and his government have resolved to place more control centers in the Western Hemisphere and thus improve the quality of the GLONASS constellation. Currently, apart from former Soviet states, only Brazil holds a GLONASS earth control station, on the campus of the University of Brasilia. There are plans to increase cooperation with the Brazilian Space Agency and place two more control centers in Pernambuco and Rio Grande do Sul. [5]

Russia also created in roads into Latin American media by establishing a non-stop broadcast of “Russia Today” in Argentina.[6] “Russia Today” is a government-sponsored television network that broadcasts “alternative” news on Russia in English, Spanish and Arabic. Launched in 2005, the channel is known for providing interpretations of international events that align with the Kremlin’s official line. Moreover, as of late, a few journalists have resigned from the network in protest over increasing editorial interference and biased coverage of events in Ukraine.[7]

Putin’s symbolic visit to Cuba as the first Russian leader to travel to the island since the dissolution of the Soviet Union gave the whole affair a Cold War era touch. While in Cuba, Putin declared that Russia had forgiven 90 percent of Cuba’s Soviet-era debt, totaling 35 billion dollars. The remaining 10 percent will go toward investment projects in Cuba. The question, however, is whether Putin’s actions transcend only symbolism as it is unlikely that Cuba would have been able to repay its debt.

These combined developments are part of a relatively new trend in Russian foreign policy that favors interaction with regions outside of the sphere of traditional Russian influence, specifically non-Socialist Latin America. Russia is forging important ties with its traditional friends like Cuba and Venezuela, but has also expanded its trade and diplomatic ties with countries like Argentina, Brazil, Bolivia, and Nicaragua. Some of these countries have low levels of transparency in business and politics, making them convenient partners-in-crime for embezzlement of public funds and corruption.

Brazil is one of the key examples of how Russia has refocused its trade efforts in the region. Military-technical cooperation accounts for one of the areas of strongest growth in the bilateral relationship. Brazil purchased twelve Russian MI-35 helicopters in 2012,  in addition to another deal to deliver seven Ka-62 helicopters between 2015 and 2016.[8],[9] Most recently, Brazil has been making headlines with an impressive market opportunity for its beef exports due to new Russia-imposed restrictions on European Union food imports.[10]

Russia has successfully created a privileged relationship for itself in the Latin American region  because of the political vacuum created by the absence of a firm U.S. Latin American foreign policy. Moreover, some tensions between the United States and select Latin American countries rose during the summer of 2013 in the aftermath of a few tense events. In particular, Brazil-U.S. relations hit their lowest point in years after the revelation that the U.S. National Security Agency (NSA) had been spying on Brazilian president Dilma Rousseff. In addition, to the anger of Bolivian president Evo Morales and other Latin American leaders, Morales’s plane was diverted on a transatlantic flight as the United States pressured foreign governments to assist in capturing Edward Snowden. Overall, Russia is using an opportunity, in the absence of strong cooperation at the highest levels between the United States and Latin America, to assume a privileged position in the region.

In the intermediate term, Russian motivations for exerting greater diplomatic energy towards Latin America are governed by the patronage politics existing in the Russian domestic sphere. In particular, it is no surprise that President Putin and his government have enabled his close companions, namely Sergey Chemezov of Rostec, a Russian tech-development agency, and Sergey Kirienko of Rosatom, the Russian nuclear energy agency, to engage in important business deals on Latin American markets. In particular, Russian Defense Minister Sergey Shoigu has placed great attention to marketing Russian military equipment on behalf of Rosoboroneksport (subsidiary of Rostec).

Investors have to keep in mind that Russia invests in Latin America with its public money.  When domestic media represents solely government interests and independent media ceases to exist, government need not make a profit. Putin and his government do not feel accountable to the public, which allows them to freely invest in personally-lucrative projects. In addition, the recent Levada center polls indicate that 84% of Russians support Putin, giving him even greater leeway in how he allows his affiliates to manage Latin American investment projects. [11]

Finally, Putin’s interest in forging strong relationships with Latin American countries also relates to the ongoing conflict in Ukraine. As international opinion of Russia sours in most countries, Putin has great interest in defending his country diplomatically and boosting international goodwill. Because of the sizeable anti-Americanism that runs through parts of Latin America, increasing Russian ties to the region has the potential to drive the region towards Moscow and away from Washington.

On the domestic level, Russian actions reflect Putin’s eagerness to maintain his strong grip on power. He maintains his popularity by creating an avenue for Russia to improve its public image in the region and for domestic elites to profit through investments outside of the sanctioned Western market. Thus, the Latin American market provides high profit margins, relatively low government transparency and the possibility to easily improve the investment climate by deals to share the profit with local political elites. As long as Putin seeks expanded influence abroad, Moscow’s involvement in Latin America will continue to grow.

Darya Vakulenko, M.A., works for the National Endowment for Democracy in Washington, D.C., and has interned for the Council on Hemispheric Affairs. She writes widely on Russian and Latin American politics. Anders Corr and Matthew Michaelides provided editorial oversight for this report. JPR Status: Report. Archived 10/9/2014.