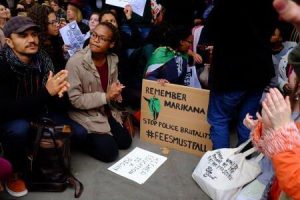 According to Stats SA (2021), in the first quarter of 2021, the official unemployment rate was reported as an astonishingly-high 32.6%. While the number of employed and unemployed South Africans remained rather unchanged from the last quarter of 2020, the number of discouraged work-seekers increased by nearly 7% (Stats SA, 2021). This means that the problem has not necessarily worsened between 2020 and this year. However, it persists and reveals a failure to both ameliorate the problem, and a failure to boost morale that results from the problem.

When taking a closer look at the numbers among youth, the official unemployment rate jumps to 46,3% for those between the ages of 15 and 34 (Stats SA, 2021). Compared globally, in 2020, the EU had a youth unemployment rate for those under 25 of just 17.7% (Statista, 2021). Returning to the South African context, and further restricting this analysis to university graduates, the number drops to 9.3% (Stats SA, 2021).

This then suggests two youth job markets in South Africa with very different experiences: one with people holding a college diploma, and one for those without. The former has a rather above average unemployment rate when compared to abroad, while the latter is vastly inferior. It then becomes clear that low-quality education reproduces inequality in the South African labour market (Bray, Makusha & Ward, 2015: 20).

These figures indicate the critical importance of tertiary education when explaining the success, or not, of job-seekers in South Africa.

A main determinator for who receives tertiary education, and who is excluded, is that of intergenerational poverty. The Apartheid legacy has meant that education and wealth are intrinsically linked (Bray, Makusha & Ward, 2015: 20). Apartheid legislation restricted certain higher academic institutions to its minority population. This, alongside reserving the majority of skilled work for this same white minority, created a pattern whereby this population was allowed access to tertiary institutions and corresponding jobs at the exclusion of others. Very often the next generation of “Born Frees” has followed this same pattern due to the position and wealth of their parents limiting what educational resources they have been able to access post-1994. Ultimately, children inherit their social standing from their parents or primary caregivers, regardless of their own talents and effort (Bray, Makusha & Ward, 2015: 20). According to the World Bank, those living under USD 1.9 are living in a state of absolute poverty (Statista, 2021). When adopting this international standard, 16.3 million South Africans were found to be living in absolute poverty in 2021 (Statista). Widespread poverty explains the similarly large portion of the population denied access to tertiary education.

This denial is not purely a cashflow issue. While it is true that funds such as the National Student Financial Aid Scheme (NSFAS) cannot provide scholarships and stipends to nearly enough prospective students, there are also other factors. Children raised in impoverished homes are often vulnerable populations facing at-risk behavior from a young age. They do not witness role models who go on to study further, and are expected to leave school after completing grade 9 in order to help financially support their families (Bray, Makusha & Ward, 2015: 21). This then suggests that poverty does not only have a financial, but also a social impact on access to education, and therefore on employment.

Solving the issue of youth unemployment in South Africa

An obvious solution to youth unemployment is more funding for scholarships to tertiary institutions. It does, however, seem rather simplistic to just suggest throwing money at the problem. This does not address the issue of fund mismanagement. Nor does it consider where the funds are to come from.

There also needs to be an attempt to alleviate poverty. This means increasing the quality of living for impoverished South Africans and improving social welfare. Providing better healthcare, secondary education, housing, and generally improving the dignity of these South Africans could give youth the space to consider studying further and improving their future earning potential. This approach has the potential to break the cycle of unemployment.

However, the government does not have the cashflow or reserves sufficient to provide these services. A possible solution could then be to get small businesses involved. The government could make high social impact policy changes to encourage the growth of small businesses that provide education. These businesses would provide some immediate economic growth, a long-term solution to low rates of education, and in the longer run still, exponential economic growth fueled by a highly-educated workforce.

Currently, tertiary education in South Africa has some successful business involvement. Companies such as Innovation College, Damelin, Boston City Campus, and MONASH South Africa, have all established themselves in the industry as tertiary institutions and household names (SME South Africa, 2018). Some businesses have also permeated the market in the form of private high schools, for example Reddam House (SME South Africa, 2018). While these SME’s do serve to stimulate the economy and prompt job creation, they are obviously insufficient in number and enrollment to make education much more affordable or accessible on the broadest of levels. Notably, the fees charged are significantly higher than those of public institutions, and even some private schools. This only further exacerbates the issue of elitism in South African education.

Taking Dr. Parker’s perspective, student entrepreneurs could present a unique opportunity to create accessible institutions for prospective students who would not otherwise be able to receive an education. More specifically, and taking Dr. Parker’s advice, student entrepreneurs should be encouraged and given the tools to connect with existing businesses in the education sector. This would allow both the creation of new businesses and jobs, as well as fill the gap of accessible education without placing further pressure on the government.

Due to the unemployment rate and disparity between university graduates and their counterparts, it has become clear that the poverty cycle debilitates South Africa’s development and economic growth. In order to overcome such high unemployment rates, South Africa must first address its inability to give all its citizens equal access to adequate education through expansion of small businesses in the education sector.

Stephanie Wild has a B.A in Politics, Philosophy and Economics, accompanied by a B.A Honours in Justice and Transformation, from the University of Cape Town, where she also volunteered for Habitat for Humanity UCT and wrote for Varsity News. She grew up in Cape Town and has experience working in small business.

SME South Africa, 2018. What you need to know to start a business in the Education Sector. Available: https://smesouthafrica.co.za/guide-business-education-sector-south-africa/ [2021, 26 October].