Attorney General William Barr was reasonable and respectful of the press at his conference. But I think it is unfortunately another example of what neuro-psychologist Rick Hanson calls “negativity bias”, an evolutionary phenomenon that “overlooks good news, highlights bad news and creates anxiety and pessimism.” In the past negativity bias worked to protect us. Now it can blind us to the present reality. Here is what I wish the Attorney General, President Trump and all our leaders would say instead.

The extrajudicial murder of George Floyd by a white Minneapolis policeman has triggered a once-in-a-lifetime protest movement throughout every state in our union, a movement that is denouncing police brutality as more than isolated instances. It is a movement that has exposed the systemic racism at the heart of police systems and made these systems a threat to the very democracy they are meant to protect. We can proudly celebrate a living example of real democracy as we watch hundreds of thousands of people of all ages, all colors, all walks of life, marching together peacefully to demand a trained police force that respects the law and the human rights of all persons under the law. These non-violent protestors are not a threat to democracy. They are democracy.

END_OF_DOCUMENT_TOKEN_TO_BE_REPLACED 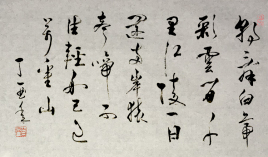 It’s just the evil Chinese Communist Party (CCP), right? Not so fast. It has been said that we Americans ‘deserve the government we have’; but could it be that the Chinese, similarly, deserve the government they have? Let’s have a look at a phenomenon that I call the ‘We Chinese’ syndrome. It speaks of a psychic illness that runs far deeper than any one regime, such as that of the Pooh-Bear.

In the Chinese media and in Weibo tweets, the phrase ‘Wǒmen Zhōngguórén 我们中国人’ (“We Chinese”) occurs often. By convention, it is translated blandly as ‘[the] Chinese [people]’ but what it actually says is this: ‘We Chinese’. Lest you imagine that ‘We Chinese’ is a term focused on things primarily cultural rather than racial or jingoistic, please consider this closely related phrase that occurs with equal frequency:

This latter phrase is regularly translated as ‘overseas Chinese’, but what it really says is the following:

“[Those of us] Chinese [from the] same womb
[who are temporarily abroad, not on the mainland of the Chinese motherland, hence ‘overseas’].” END_OF_DOCUMENT_TOKEN_TO_BE_REPLACED 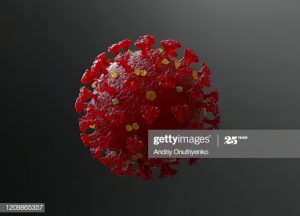 This racial association of contagious diseases often surfaces with epidemics in history. During the SARS epidemics of 2003, Western media was full of articles, images, and cartoons that explicitly characterized the diseases as an Asian one, as my research documented. In medieval Europe, the spread of epidemics like bubonic plagues often triggered harassment or even massacre of ethnic minorities such as Jewish people. Perennial as it is, this racial association is not only harmful but is also counterproductive to the effective containment of the disease. Epidemics know no ethnic boundary. They always spread beyond ethnic lines very quickly. The racial association of disease makes us overlook carriers who happen to be not among the stereotyped groups. We have to combat xenophobic racism at the time of an epidemic as hard as we can. END_OF_DOCUMENT_TOKEN_TO_BE_REPLACED