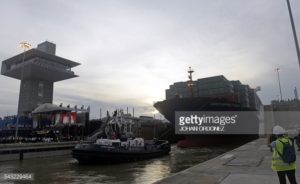 Unfortunately, many putative conservatives buy into this sophistry because they think they are defending “capitalism.” And then there are those who use the defense of capitalism as justification for accepting “contributions” from sources like the Kochs. Having worked on Capital Hill, I saw plenty of Members with virtual “For Sale” signs around their necks. Retiring Sen. Bob Corker (R-TN) has authored legislation to require that trade actions taken on national security grounds by the President be submitted to Congress for approval. It has the support of libertarian Senators Mike Lee (R-UT), Jeff Flake (R-AZ) and Ben Sasse (R-NE), among others (including some Democrats). Its practical effect will be to open doors even wider for corporate lobbyists wanting to build a wall between trade and security concerns.

Section 232 of the Trade Expansion Act of 1962, the target of Corker’s bill, gives the Executive branch the authority to “determine the effects on the national security of imports.” Imports in strategic sectors can diminish the capacity or independence of the defense industrial base. It was meant to put such issues above the special interests that dominate Congress, entrusting the Executive to act in the national interest. Libertarian prophets backed by business profits oppose elevating community above commerce. After all, what is “free trade” supposed to be “free” from? Government “interference” even in support of the country’s defense. The largest firms are now “transnational” and talk about a “global” rather than an “international” economy.

Now I’m a great believer in capitalism as the most productive and natural approach to advancing material progress; which is how I taught economics back in the day. However, it is still a human activity and subject to human foibles, which is why it must be harnessed to serve the national community.

There have been many examples showing the rogue nature of some business firms that exhibit no loyalty to this (or any) country. Consider Google, a corporation that is so large and rich its leaders seem to think it is outside (even above) society. Recently, it ended its contract to work on artificial intelligence (AI) for Project Maven, a Defense Department program for analyzing drone imaging. It is pulling back on Pentagon business for supposedly “ethical” reasons. Yet, it is opening an AI research facility in China, where it expects to profit from  helping a major American rival expand its capabilities.

International economics cannot be separated from the rest of international relations and put in an autonomous box where external consequences are to be ignored. Commerce must be under state control, with the state in the hands of those who understand their higher duty to the national interest and to shaping those factors which affect the world balance of power.

As the great socio-economist Joseph Schumpeter wrote in Capitalism, Socialism, and Democracy, “We have seen that the industrialist and merchant, as far as they are entrepreneurs, also fill a function of leadership. But economic leadership of this type does not readily expand, like the medieval lord’s military leadership, into the leadership of nations. On the contrary, the ledger and the cost calculation absorb and confine. The inference is obvious: barring such exceptional conditions, the bourgeois class is ill equipped to face the problems, both domestic and international, that have normally to be faced by a country of any importance.”

Ironically, it is a billionaire businessman who is our best hope of being the “master” Schumpeter called for to harness the rogue capitalists before they bring down their own system by subverting their homeland. President Donald Trump has risen above his origins under “exceptional conditions” to become a nationalist. His success will, among other things, hopefully reform conservatism, which has been trending badly in recent decades due to libertarian infiltration. What must be “conserved” is the prosperity and security of America.