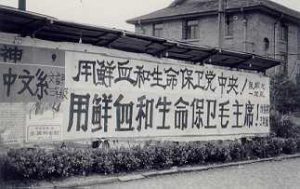 Clearly students in China think academic independence and freedom of thought are worth preserving.  Do scholars in the West agree? If so, how can they help to  defend the fundamental principles and values under assault in Xi Jinping’s China? END_OF_DOCUMENT_TOKEN_TO_BE_REPLACED