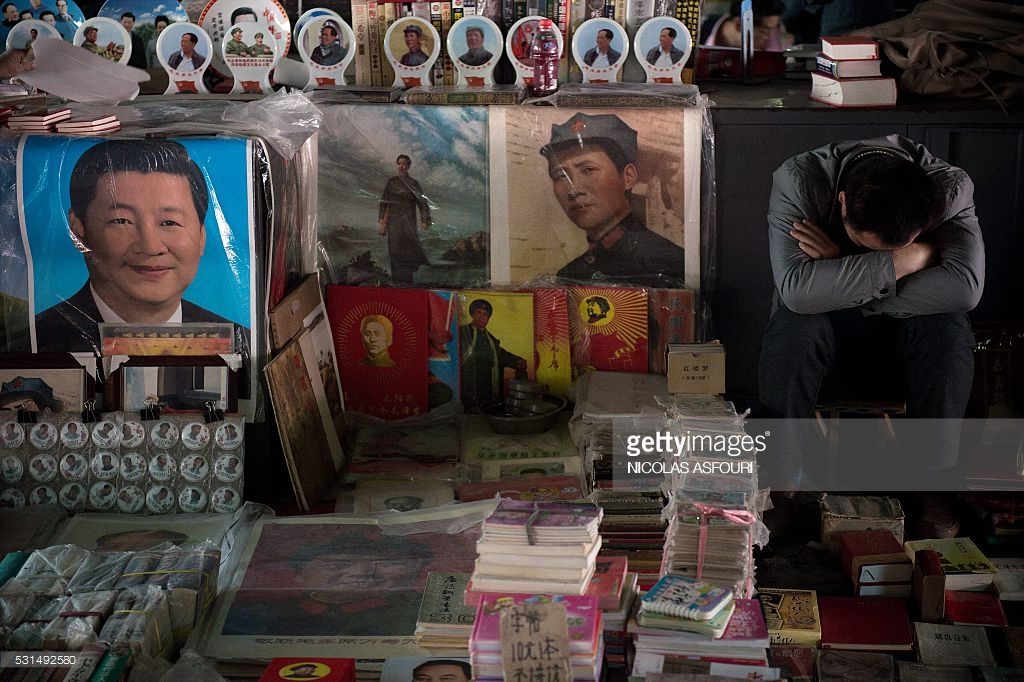 In 2010, an innovation arose that might have served those roles in China’s single-party, authoritarian political system. The rise of the internet and social media began to foster the one thing that authoritarian regimes always struggle to create: feedback loops between society and its rulers. You can have as many spies as you like at every level of community, but no one speaks honestly in such environments. In fact, that fear of being frank is an essential element of any authoritarian regime’s key method of controlling society – atomization.

Authoritarian regimes have historically sought to control their publics through control of information by giving them a shared sense of destiny while at the same time atomizing the people as individuals. The goal has been to suppress dissent by making anyone who has critical thoughts about the state to keep them to themselves. At its most basic, this strategy makes individuals wary of sharing negative thoughts with other citizens – even friends or relatives – for fear that they would be exposed to the authorities. Since everyone is afraid to say negative things about the state, it becomes impossible to tell if other people share your doubts.

From the Communist Party of China’s point of view online citizen involvement could destroy that atomization by diluting the Party’s control over the flow of information to and most importantly among its subjects. On the other hand, social media and the internet initially proved to be very effective tools to help identify serious corruption at the local level while providing a safety valve to relieve the public discontent, generated in part by the ham-fisted way of pushing through all those great development projects that westerners so often envy. In theory, the regime seemed to grasp the positive role the Internet and social media can play. As a white paper from the Information Office of the State Council of the People’s Republic of China concluded in 2010:

The Internet provides unprecedented convenience and a direct channel for the people to exercise their right to know, to participate, to be heard and to oversee, and is playing an increasingly important role in helping the government get to know the people’s wishes, meet their needs and safeguard their interests.[2]

No one seemed to note this at the time, but the ascendance of Xi Jinping in 2012 marked the beginning of the end of that experiment. The Party had already grown wary of the excesses made possible by anonymous postings, as China’s leaders, particularly since the occupation of Tiananmen square in the spring of 1989, have been acutely aware of the power of random events to set off massive and potentially uncontrollable public protests.

Xi’s concerns, it now seems obvious, were qualitatively stronger than those of his predecessors. Within a year of Xi’s ascension to paramount leader, the Chinese government launched an all-out offensive against online and social media expression. The government now requires that all netizens register with their real names and that all internet and social media platforms are legally responsible for everything posted on their sites. To get a sense of just how paranoid the current regime is, suffice it to say that the term Winnie the Pooh is censored because of Xi’s resemblance to the harmless fictional character.

But pervasive monitoring and censoring of the thoughts and expressions of the Chinese people have proven insufficient for Xi’s regime. In a high-tech version of the powers to predict crime featured in the 2002 movie, Minority Report, the Chinese government and China’s top technology firms are building a Social Credit Rating system intended to punish and even predict anti-social behavior based on social media profiles and other online data. Alibaba chairman Jack Ma has reportedly called for law enforcement agencies to use online data to identify criminals. In a statement to the Wall Street Journal, Alibaba commented: “We believe the application of machine learning and data analytics for the purpose of crime prevention is consistent with our core values: solving society’s problems.”[3]

It is within this context that the recent decision to end presidential term limits should be viewed. It is a reflection of the remarkable accretion of power that Xi has managed in the past 5 years. From the point of view of someone who studied Soviet government and politics in the 60s and 70s, the ending of term limits (both explicit and tacit) sends a dangerous signal that leadership politics has once again become a zero sum game. Khrushchev’s secret speech in 1956 was primarily designed to end that era in Soviet politics — losing a political battle would no longer be a death sentence for the participant and his family. What’s more, the top leader could leave the stage (as, ironically, Khrushchev did less than a decade later) and live out his life in relative comfort.

Deng achieved the same thing in 1982. What Xi has done is to turn back the clock to the days when disagreements were settled by death or imprisonment, effectively eliminating all avenues of dissent both within the regime and without. Using the cudgel of combatting corruption, Xi had already shown that he can and will imprison any official of any rank, regardless of their connections. Since all Chinese officials have some corrupt skeletons in their closets, these prosecutions are by definition political. The fact that no one associated with Xi has been targeted only underscores this point.

That the rest of the leadership has agreed over the past five years to this concentration of power in Xi’s hands speaks more to the magnitude of the problems facing China, than to Xi’s personal charisma or political talent: rampant corruption, unprecedented levels of indebtedness, an economy that needs a major shift in demand from exports to domestic consumption, intractable income inequality, and severe environmental threats (including a looming water shortage that could be catastrophic).

The current, incessant discussion about the whys and wherefores of Xi’s insistence on unquestioned power almost always assumes that there are solutions to China’s myriad problems but that they can only be applied by a supreme leader. That is naive in the extreme. The Chinese economy has now grown so complex that it is unlikely that any serious reforms could be achieved without creating unintended consequences that will make matters worse. People seem to have forgotten that the last effort by Xi’s ‘National Team’ to reshape the economy by creating a stock market bubble left his vaunted technocrats looking inept at best.

Xi’s elevation coupled with China’s obsessive control of public expression has effectively eliminated all feedback loops between the very top of the political system and the rest of the country. There will be no dissenting opinions to, much less open discussion of, the major economic reform initiatives that will be needed to deal with the country’s mounting economic challenges.

The question people doing business in China should ask is ‘What happens a few years from now, as preparations begin for the 20th Congress, when the debt overhang and misallocation of resources (not to mention the collateral effects on innovation of the heavy-handed control of social communication) lead to a Japan-like stagnation?’ In the past, the government’s response has been the massive public investments that foreigners so envy, but the increasing debt has the perverse effect of decreasing the utility of new investment.

When its economy was taking off in the 1990s, China could count on creating one unit of GDP for somewhere between 2 and 4 units of investment. Today China’s incremental capital output ratio is over 13. In other words, every unit in new fixed asset investment is now creating only .07 units in incremental GDP. [4]

In 1992 Japan’s economy was in a similar position, and despite the globally recognized talents of the men who ran Japan Inc, it suffered through two decades of stagnation and deflation. China adds 12 million workers to its labor force every year. How stable would it be in similar circumstances? The jeremiads that predict a financial collapse in China are wrong. China’s financial authorities are willing and able to recapitalize the financial system, for at least another decade or so. But that does not mean that the social distress of a stagnant economy will not create major challenges of its own.

I am not alone in my concerns about China’s future. Although China’s government was able to staunch the flow of capital flight for a year through rigorous administrative measures, the pent-up demand is enormous and last month the outflows began again. And it’s not just capital that is fleeing. Wealthy and even upper middle class Chinese are sending their children abroad to universities and exploiting any methods possible of getting foreign passports.

Most nations historically have found themselves somewhere along a continuum between order and chaos, but the pattern in Chinese history has been for it to shift suddenly from one end of that continuum to the other. Long periods of rigid stability alternate with eras of all-consuming chaos, a pattern that we have seen over the past century. Thus the hope that Xi’s ascension to Paramount Leader for Life will lead to sustainable predictability and order is almost certainly misplaced.

Richard Hornik is a Lecturer in Journalism at Stony Brook University in New York. He covered China for TIME Magazine from 1985-2001. His writings on China have appeared in Foreign Affairs, Fortune, the Wall Street Journal and the New York Times. JPR status: opinion.