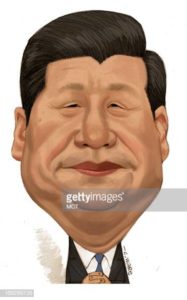 Two open letters to the President on China strategy have appeared recently. The first, “China is not an enemy”,[1] was published in the Washington Post on July 3rd. The second, “Stay the Course on China: An Open Letter to President Trump”, appeared in these pages on July 18th.[2] The former argued that considering China as an enemy would be a self-fulfilling prophecy. The second posited that we had already turned that corner with China, and that the president should continue with his hard line policies toward Beijing (Full disclosure: the author signed the latter open letter).

There’s more to these letters, but they do not represent an argument; rather, they are a transition from an old conventional wisdom to a new reality. As Nikki Haley wrote in Foreign Affairs last week [3], the theory of convergence with China expressed in the Washington Post letter and practiced in the United States for 30 years has been fully discredited. “Let’s face it: Xi has killed the notion of convergence.”

Why it has taken so long to get to this point will have to be left to the social historians, but the China policy transition now underway has been reverberating throughout the Washington policy community for some time.

Ms. Haley’s article is only the most recent of compelling expositions. The National Security Strategy [4] and the National Defense Strategy [5]made it clear by the beginning of 2018 that we had turned a corner instead of maintaining a blind eye to both China and Russia. Then Kurt Campbell and Ely Ratner gave tacit permission to the policy community to “think the unthinkable” and seriously review China policy in their March 2018 article in Foreign Affairs, “The China Reckoning — How Beijing Defied American Expectations”. [6] This May, the Financial Times concluded that,

Over the course of the past two years, the old American consensus around the need to engage and accommodate China and bring it into the US-led international system as a “responsible stakeholder” has evaporated. Today, the bipartisan consensus is that an increasingly authoritarian and expansionist China presents an existential threat to that world order.[7]

Most recently, General Mark Milley, the next Chairman of the U.S. Joints Chiefs of Staff, said at his successful Senate Armed Services Committee confirmation hearing on July 11 that “I think China is the main challenger to US national security over the next 50, 100 years.” [8]

The newly perceived reality is that China has chosen to challenge not just militarily, but the entire structure of liberal democracy, human rights, and the rule of law. The Chinese Communist Party is – and consistently has been — set on dominance, not cooperation or sharing. It is small comfort that the fallacious idea of convergence almost universally accepted by Americans and throughout the West is finally fading.

The hard-edged conflict of China’s deliberate and explicit strategic choice in almost every area of contact is now evident. This pattern of malicious behavior is the result of long-standing CCP plans that were readily apparent if one wished to look. Indeed, that the CCP has itself been telling us as much through a manifest history of strategies, investments, and actions aimed directly at our way of life is clearly apparent. In fact, as Jonathan Ward points out, the CCP has been telling us this consistently, in its own words.  The transition now underway in the United States from convergence to competition is undergirded by a new American willingness to see things as they are.

The reality is that we are now unwillingly but inevitably embroiled in another long struggle of historic scope and scale. The Orwellian CCP, party rule, terrible human rights abuses, suppression of ethnic minorities, and Xi’s personal consolidation of power — all seems too absurd to be real, but it is. The upshot of all of this is that we can anticipate a challenge and global disruption on a 20th century scale. It is natural to deny these circumstances and avoid the future costs of defending our way have life. Unfortunately, these costs have already been imposed, and are inescapable. They will be staggering, but the alternative to bearing them will be much, much worse.

Jonathan Ward’s new book, China’s Vision for Victory [9], does us the signal service of describing Beijing’s clearly and freely expressed plans and ambitions in China’s own words. His warning should stir us. As he wrote in Forbes, [10]

Captain Fanell’s open letter to President Trump made the point that going forward it will be essential to see China and the world as they are, not as we wish them to be. This includes clearly understanding ourselves, without which this will remain the one-sided competition it has been for some time.

China is not as we wish it to be. In our political system, politics is the norm, and war is the exception. It is explicitly the opposite in the PRC’s world view. Going forward we must better understand and deal with this dangerous asymmetry.

Getting at this asymmetry is a key point. It is time to stop arguing about whether this conflict with China exists, how we got here, or what to call it. From here on out, it won’t matter who has been caught short. What will matter is hewing together toward our own vision of victory.

This is because Nikki Haley and Jonathan Ward are correct that dealing with China will require a broad-based American response that draws upon every element of American strength. Leadership, economics, politics, culture, military strength, technology, astute strategies, and strong alliances with self-interested and capable allies will be crucial. We will need every shred of innovation and creativity that we can muster.

In the December 2016 issue of The Atlantic, James Fallows laid out what might have been at one time a reasonable way ahead:

We can do this the easy way, or the hard way. The United States would prefer the easier path of cooperation, which has been so beneficial to our two countries. But we are preparing for the hard way. [11]

That President Xi has killed convergence points to the harder path.

In his confirmation testimony, General Milley has done better than most at highlighting how far behind we are militarily. This reminds of the beloved political humorist Will Rogers, who used to say “If you find yourself in a hole, stop digging.” That’s sound advice.

For Reappointment to the Grade of General and to be Chairman of the Joint Chiefs Of Staff”, Room SD-G50, Dirksen Senate Office Building, Thursday, July 11, 2019, https://www.armed-services.senate.gov/hearings/19-07-11-nomination_–milley