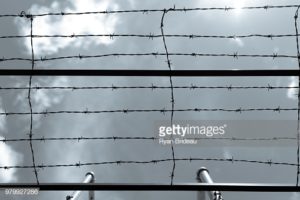 It’s now no secret that in East Turkistan, the oppression has reached a the boiling point.  Since China’s occupation in 1949, an entire people are going through an unimaginably cruel process, in which Uyghurs and other groups are being pared from their original identity. Their culture, language, values, tradition and religion have been regarded as a poisonous barrier for China’s new project: the Belt and Road Initiative (BRI). To fulfill the final mission China set up of concentration camps in East Turkistan, where people are being tortured, indoctrinated, abused and brainwashed again and  again because they barely belong to what Beijing considers risky groups, including simple communities of faith or people with family abroad. People outside the camps are not free, and every 100 meters people must be checked by Chinese policemen. Video cameras on the street continuously report one’s movement and at home people are obliged to welcome Han Chinese guests who have been sent by the Chinese government for ‘’good intention’’. They impose themselves into Uyghur homes, where they eat and live together with Uyghur families. If any religious or other “risky” things or behaviors are discovered they will be placed in concentration camps.

All these things are occuring  before our eyes, as we are unintentionally witness another Holocaust. We must ask with greater urgency, what isChina’s ultimate motive to round up more than one million Uyghurs and other groups and attempt to ‘’transform’’ them? Isn’t it enough for China that it has occupied East Turkistan and renamed it Xinjiang (new territory)? Isn’t it enough for China that it has endlessly conducted various forms of repression and oppression against our people since 1949? We are now learning that these oppressions are not enough, and we should warn the world from our experience. China’sBRI is a grand project that extends from East Turkestan to the world, and through which it endeavors to realize globally what it has only experimented with in East Turkistan. From geopolitical, economic and strategic perspectives, East Turkistan plays a very important role in achieving BRI. Whether it succeeds or not depends on the stability and security of East Turkistan. Therefore China has firmly decided to exterminate the original owners (Uyghurs and other groups) of East Turkistan in order to stabilize the region and maintain security. China considers this ‘’pacification’’ of  Uyghurs and other groups as paving the way for BRI as it unifies Eurasia. The final solution (concentration camps) will complete the assertive assimilation politics to ‘’unify’’ China’s other 55 ethnic groups with the Han people. Uyghurs have been the most difficult to assimilate in China because of their different language, civilization and respected religion. China has viewed this diversity as adversarial and Uyghur culture and religious beliefs  have been regarded as poison.

The impact on the international community, norms and values

While  Uyghurs and other groups in East Turkistan are unwillingly being victimized for an ongoing cultural genocide, the international community and system has not sufficiently worked to prevent China from entering the darkest history of our time. It shows that on the one hand the international community lacks power to change the situation, and on the other hand the  international system would or could no longer shield the oppressed people. If the international system does not protect the people of East Turkestan today, it may not protect other people in need tomorrow. The post WWII system and its founder, the United Nations, have deliberately or unconsciously forgotten their beloved promise soon after WWII – Never Again. That should worry not just Uyghurs, but any group or people who might be at risk in the future.

The failure of the international system’s response on the issue depends partly on the isolationist politics of the USA. That vacuum has been filled by an opportunist China.

And partly, it’s also dependent  on how China has utilized its economic power and BRI to project power and pressure countries not to raise the issue. China even changed its stance on the issue from concealing to justifying the existence of the concentration camps. As a result, many actors in the international system did not dare jeopardize their national interests on behalf of the concentration camp victims.

What China is executing in East Turkistan not only breaks down democratic values of international community to stand up for justice, protect human rights and democracy, it also threatens the international order and system, which was based on maintaining a perpetual peace and achieving mutual interdependence in order to avoid a new human tragedy. And most alarmingly, China continues to insouciantly conduct its ‘’pacification’’ in East Turkistan and and even makes an effort to export concentration camps into mainland China and its authoritarian system to other parts of the world.  If the international community continues to  neglect its declining moral authority and the universality of human rights, such negligence will permit China not only to perfect its authoritarian controls at home but also to export them abroad.

What should be done

Most agree on how China intimidates the international system and community. We possess at least some historical knowledge of the genocidal horrors to which it might degenerate. This alarming situation therefore demands of us to act and save the international system and community. We should call for long-term support from the academy, political actors, civil society and the business community, through which we can meet and build a consensus on how to respond to China.

To stop China from committing more crimes must prioritize closing the concentration camps, because not only do the camps threaten the cultural elimination of a people, but they threaten all people by challenging the red lines of the international system and community. If we earnestly want to save the international system from China’s authoritarian model we can do so. Democratic values and the international community will survive. But this requires that we have the moral, political, and economic will to act together globally. We must save each people to save all people. Close the concentration camps. Rescue the people of East Turkistan.

Nijat Turghun was born in Urumchi in East Turkistan. He is the cofounder of the Uyghur Educational Association and Uyghur Relief Association. He is a Uyghur political activist and analyst for the Uyghur Research Institute. He studied international relations at Stockholm University in the departments of Chinese Studies, and Asia, Middle East and Turkish Studies in Stockholm University. JPR Status: Opinion.