In the public mind, the outsourcing of jobs to China, which built the conveyer belt that carried Covid-19 from Wuhan to the world, was the fault of soulless transnational corporations. Greedy business tycoons were willing to deal with anyone in the pursuit of profit, regardless of larger consequences (of which the current pandemic is not the most dire). What cannot be overlooked, however, is that these private actors were given moral cover by intellectuals who assured them that they were fulfilling a higher purpose by spreading liberal values and promoting peace in a new era of globalization. END_OF_DOCUMENT_TOKEN_TO_BE_REPLACED 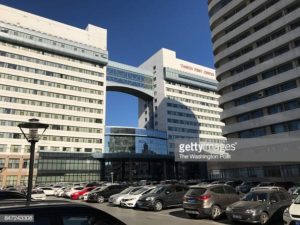 The tribunal has thus reaffirmed a long-standing allegation: that the Chinese security services and military, working with transplant surgeons in hospitals, use prisoners of conscience as a living organ bank — blood and tissue-typing them, entering their biometric data into databases, and killing them on demand (or removing their organs before they die, as some Chinese medical papers suggest, and as testified to by the Uyghur former surgeon Enver Tohti) for paying recipients. Transplant surgeries typically cost hundreds of thousands of yuan (or hundreds of thousands of dollars for tourists), and recipients then take immunosuppressants for the rest of their lives. Depending on the scale of the practice, this would make it a multi-billion dollar industry. END_OF_DOCUMENT_TOKEN_TO_BE_REPLACED